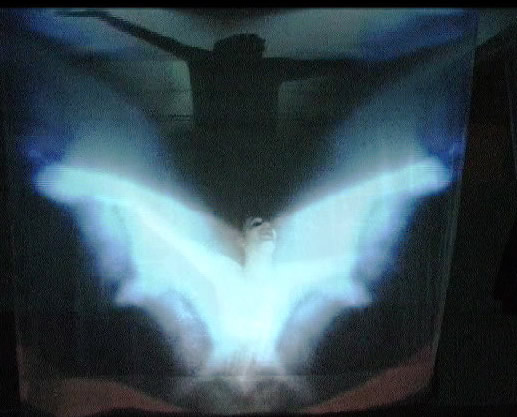 The performance Waar is daar? is a result of a joint effort of Amsterdam Cyber Theatre - ACT, The Studio For Electro-Instrumental Music - STEIM, Amsterdam, scientists from Delft University of Technology, and Iraqi artists. Waar is daar? was originally written for the occasion of the Festival Iraakse Kunsten (Festival of Iraqi Art) that took place in Amsterdam in 2004. It was during this festival that the collaboration between two Iraqi artists, Saleh Hassan and Shalan Sharif, and the artistic leader of the Amsterdam Cyber Theatre, Fahrudin Nuno Salihbegovic, started.

Waar is daar? intertwines contemporary Iraqi poetry, physical storytelling theatre and interactive multimedia in a powerful inner quest of an exiled artist and his voyage from 'here' to 'there'.

Amsterdam Cyber Theatre - ACT, is an international and interdisciplinary group of artists and scientists, committed to research, production and education in the field of interactive performing arts. In this particular piece, the interaction is employed on three levels: between performer and sound, sound and images, and performer and images. 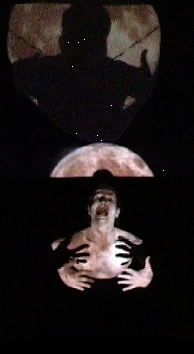 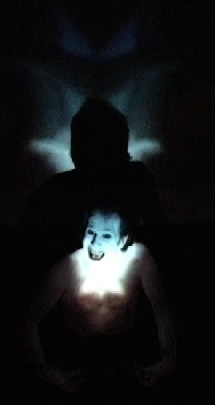 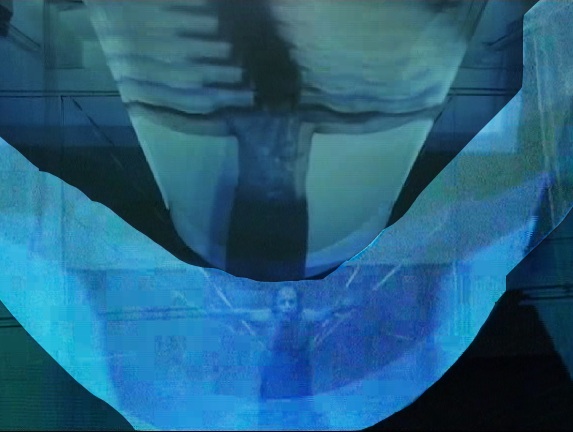 A short reflection on the performance by the director

A Bitter Endless Voyage From 'Here' To 'There'

Here and there the night prolongs itself
The night…
Black waters
So black that the moon cannot see its shadow in it
(Hassan & Sharif, Waar is daar?)

In the year 1995, the year of the Dayton Agreement, I fled from my home country. Fighting for dear life in a free world of a refugee camp and its post-industrial / post-human surroundings, I got to discover many aspects of intercultural strategies of the ruling Western democracies. It was not long before I also discovered concepts of memory and identity, the terms mercilessly drained by my fellow artists in the West, in almost any would-be philosophical dialog. My antipathy for both memory and identity was twofold. Fresh and painful memory on the events caused by the (literally) burning question of ethnic and national identity in my home land, prevented me from any serious 'intellectual' thinking about these notions, which, having been rendered within the Western context, seemed childish, frivolous and offensive. The wounds were warm, the anger deep, and the disappointment in my new compatriots ever growing…

Memory and identity will become, however, the thematic framework for a theatre play, which I would eventually make together with my Amsterdam Cyber Theatre.

What changed in my perception, then?

Everything and nothing. My Iraqi friends confronted me with their story, their memories and identities, providing a secure distance that enabled me to safely immerse into their story, which was actually my story as well. The play thematised the inner journey of an exiled artist, a voyage from 'here' to 'there' - a bitter and endless journey, I would add.

Fahrudin Salihbegovic is a theatre maker, video artist and PhD student at Brunel University. He has spent many years making theatre, mostly as a theatre director, but also as a set and light designer. He has been working in former Yugoslavia and subsequently in Western Europe, mainly in Holland. He is living and working in Amsterdam, where he is the artistic leader of the Amsterdam Cyber Theatre.